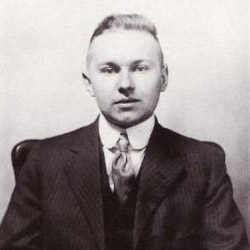 
For nearly forty years, A. G. Rizzoli lived two lives: the first, a quiet life as a modest draftsman at a San Francisco architecture firm; the second, a more fantastical life of escapism into visionary architectural drawings, which he considered symbolic portraits of family and friends. Outside of his annual living-room exhibitions—where Rizzoli would display his art to the few people who attended—his renderings remained mostly hidden from the world until nine years after his death.

Mother Symbolically Represented / The Kathredal (detail), 1935
An outsider artist and with no formal art training, Rizzoli (American, 1896–1981) left behind a trove of elaborate imaginary structures that were discovered in 1990. His work, much of which was stored in his great-nephew’s garage, reflects a life lived mostly secluded from people. Rizzoli spent his free time in a meticulously created fantasy, complete with his own language. In his own words, he lived “in an unbelievably hermetically sealed, spherical, inalienable maze of light and sound, seeing imagery expand in every direction.”

Rizzoli was the fourth of five children born to his immigrant parents in California. In 1915, following his father’s disappearance and suspected suicide, Rizzoli moved with his mother and two of his siblings to San Francisco. The same year, he attended the Panama-Pacific International Exposition, a world’s fair that later inspired Rizzoli to create a series of drawings depicting his own elaborate expo, which he called “Yield to Total Elation” or YTTE for short.

In the 1920s and early 1930s Rizzoli struggled to become a novelist and short story writer but only managed to self-publish one work, The Colonnade, under the pen name Peter Metermaid.

Rizzoli was devoted to his mother and lived with her until her death in 1937. For her birthday in 1935, he depicted her as a grand cathedral. He continued to draw this cathedral in subsequent years, capturing the architecture from different perspectives. Mother Symbolically Represented / The Kathredal, the first in the series, and Mother Symbolically Recaptured / The Kathredal, drawn in tribute after her death, are both perfect examples of Rizzoli’s masterful renderings and offer a glimpse into the world of his imagination. 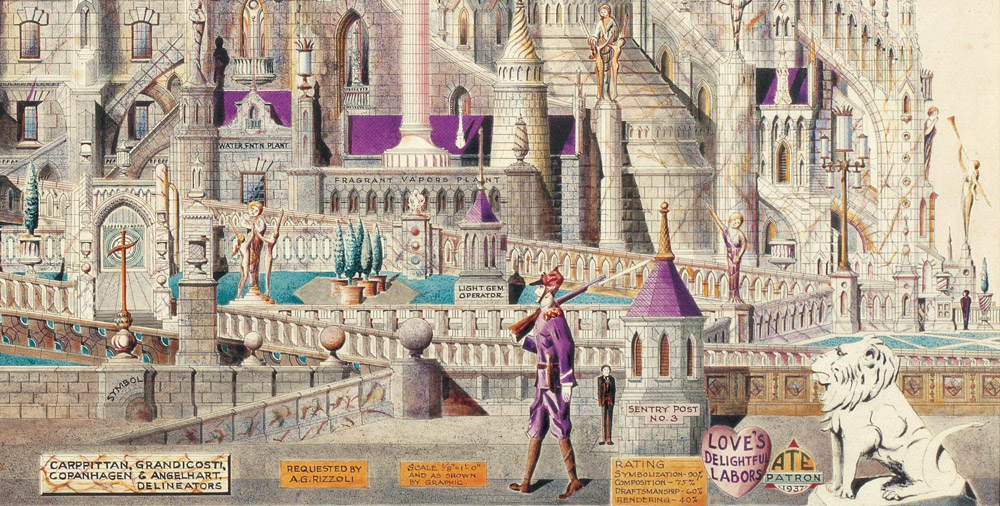